The History of Cremation Around The World

Cremation has a very rich history. In fact, early evidence of cremation practices has been found in Australia dating back some 42,000 years. It was the partially cremated remains of the Mungo Lady discovered by paleontologist Jim Bowler in 1968 that helped bring to light the earliest beginnings of cremation among ancient human populations. We now invite you to join us in a deeper exploration of cremation history.

Michele Kim, in the online article "How Cremation Works", affirms that the practice of cremation has been a part of many cultures and societies around the world. It can be found in China, Northern Europe, Latin America, North America, and Africa. However, cremation has not always been a welcomed practice. 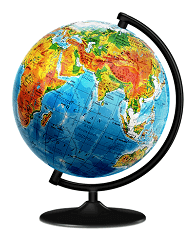 Take the example of China. "There is evidence", writes Ms. Kim, "that people cremated bodies in China as early as 8000 B.C." And now, because of governmental legislation, the practice of cremation in China is only going to grow. In the April, 2014 Pangea Today online article, "China to Mandate and Regulate Cremation of All Dead People" (reprinted from the Beijing Times), "In order to solve China’s problem of limited burial space in cemeteries, the Chinese government is mandating that everyone who dies to be cremated. Officials have set a goal of 100% cremations by 2020." There has been strong reaction against this official mandate for cremation. (Consider the online article from The Guardian, "Six Elderly People in China Kill Themselves before Burial Ban".)

Resistance to cremation is also an issue in South Africa. In the 2005 scholarly paper, "Cremation a Problem to African People," Maake J.S. Masango, of the University of Pretoria, traces the reasons Africans and Afrikaners have more objections to cremation than English-speaking South Africans that date back to the thirteenth century. "In the seventies there were no pressing issues that compelled us to follow (cremation) practice. Today, we are faced with graveyards that are full, and we need to do something." He goes on to say that "the South African government is seriously considering cremation as the way of burial" but "the people are not ready to face cremation."

Faith and socio-economic forces are strong motivators for or against the practice of cremation. Consider Sweden, where during the Iron Age (500 B.C.E.-1100 A.D,) and Viking Age (800 BCE-1521 A.D.), almost all deaths involved cremation. This practice slowly fell out of favor when Christianity was introduced in 1050 A.D.. Cremation all but disappeared with the continued and growing influence of Christianity in Europe except during the periods when major epidemics and warfare. In these newly-Christian countries, cremation became objectionable due to the fundamentalist belief in the physical resurrection of the body. It was because of this perspective that Charlemagne, who wore many crowns during his lifetime, considered cremation to be a crime punishable by death. 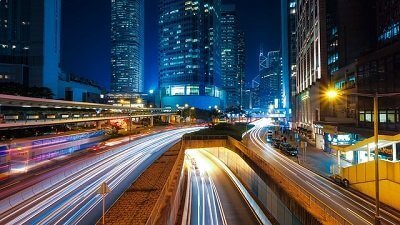 The History of Cremation in the 21st Century

What we consider modern crematory processes came into being in the early 1870s. It all began with the development of a practical cremation chamber and the very first crematory in the United States was built in 1876 in Pennsylvania.

Today, cremation is practiced in a majority of countries around the world however, the rate of cremation varies wildly: less than 2% of deaths in Ghana are resolved through cremation while over 65% of Canadians (77% in British Columbia) opt for cremation and the Chinese government intends their cremation rate (48.5% in 2008) to soar to 100% by 2020.

In late 2012, The Economist published the online article "Ashes to Ashes" that included these facts about cremation in the United States: the number of cremations in America rose from a mere 47 people in 1885 to over 1 million in 2010 (or 42% of all deaths). Today, within the United States, there is a wide variation in state-to-state cremation rates: "Cremation is most popular in Nevada (72%) and Washington (71%), and least used in Bible-belt states such as Alabama (17%) and Mississippi (14%)."

In The Encyclopedia of Cremation, Lewis Mates declares there is a decided lack of reliable statistics for annual cremations in Latin American countries. However, "It seems clear that great changes have taken place in Latin America during the closing decades of the twentieth century, and especially in the 1990s. The rapid expansion of cremation is most evident in Mexico, Columbia and Argentina. Cremation seems likely to continue advancing at variable rates throughout the subcontinent, as the social, economic, and political factors that have brought it thus far take it further."

Throughout cremation history, its popularity has risen and fallen according to the political, religious, and social forces that come together to shape tradition in any place or time.

We stand ready to assist you. If a death has occurred, please click below to get started.

A year of daily grief support

Our support in your time of need does not end after the funeral services.  Enter your email below to receive a grief support message from us each day for a year.  You can unsubscribe at any time.